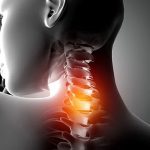 Within my Orlando practice I use proprietary medical/therapeutic massage protocols, which I have often been asked to teach.

This work is unique. I have clients flying from across the country to receive treatment rather before surgery, nerve blocks and long term pain relief drugs.

“First let me say that I have already had serious back surgery in May 0f 2010. I thought I had tried everything humanly possible to avoid surgery. I had used physical therapy and exercise beginning in 2002 and was able to temporarily avoid surgery. However, the severe back pain returned in 2010 and I made the mistake of having surgery. This surgery led to another disc problem.I have a nutritionist that I have been using for many years who told me about Michelle. My nutritionist had flown into Orlando to receive treatments from Michelle and she recovered. Her success encouraged me to seek this therapy for myself.Prior to receiving my treatment from Michelle, I was prescribed both a cane and a brace for my right leg nerve damage. That’s when I decided to fly to Orlando and work with Michelle.I spoke to Michelle on the phone and set up a week of therapy. She began to work on my back with her specific disc therapy. After my first three treatments she supplied me with a stretching tool to maintain the progress of my healing.I was previously diagnosed with spinal stenosis and bulging discs.Since my treatment with Michelle my neurologist informed me that I no longer needed another surgery as my nerve damage is healing. Anyone with back problems should see Michelle and get treatment BEFORE considering surgery.”Earl WertheimCochester, Vermont

My Clients recover from both chronic and acute soft tissue injuries within two to five treatments.

Decide to resolve your soft tissue condition quickly with my specific Neuromuscular/Myofascial soft tissue therapies. Save yourself the worry and aggravation of traveling from place to place. You will find your solution within my practice.

If you are suffering from herniated or bulging disc problems in your neck or back I have designed a blend of specific Neuromuscular and Myofascial therapies which are extremely effective in resolving your injury and chronic pain.

My clients avoid painful surgery and injections. They are able to eliminate the need for various prescription medications. If you have back or neck pain, damaged joints, pinched or compressed nerves, you have found the answer to these often debilitating problems. For more information contact me directly to obtain my assistance.

“Michelle has been the Neuromuscular trained therapist I personally go to for over 15 years. I have referred many patients because she consistently provides specific therapy for the pain associated with herniated , bulging discs and pinched nerves.
~ Dr. Juanita Brown, DO

“Most of the patients that we have sent Michelle have been associated with musculoskeletal and nerve pain, primarily of the spinal cord and neck region. We have had excellent results with her Neuromuscular Therapy.”
~ Dr. Rodger Murray, MD

“Michelle at The Neuromuscular Pain Relief Center has proven soft tissue work which alleviates disc or their nerve related pain in short order. She resolved my 20 year issue with lower back pain within several visits”
~ Dr La Rue Collins

“This therapist is full of surprises. She has a good clinical eye. She recognized my subclinical sternocleidomastoid tightness. (neck muscle). She surprisingly improved my Achilles tendonitis of 3 months. Immediately after the 1st treatment I could walk and put my weight down on it for the first time.”
~ Dr. John Salud M.D

“Dear Michelle,I cannot thank you enough for getting rid of my back and leg pain. Over the Christmas holidays I developed sciatic nerve pain so severe I could barely stand or walk.I was referred to you by one of my current clients. After the first session I began to immediately feel relief. By the 6th treatment I was completely pain free and had complete mobility. This was all done without drugs or injections, no manipulations of my spine of decompression. I cannot thank you enough.”
~ Edwin Szczepanik, D.M.D.

About the City of Orlando

Located in Central Florida, Orlando  is a popular tourist destination, the county seat of Orange County and the center of the Greater Orlando metro area.  Orlando is also the 77th largest city in the United States, the sixth largest metro area in the Southeastern United States, the third largest metro area in Florida and the fifth largest city in the state.  Colloquially known as “Greater Orlando” or “Metro Orlando,” it is the hub city of the Orlando-Kissimmee, Florida, Metropolitan Statistical Area and encompasses the four counties of Orange, Osceola, Seminole and Lake. Orlando is currently the 26th-largest metro area in the United States. Orlando covers 21 zip codes:    32789, 32801, 32803, 32804, 32805, 32806, 32807, 32808, 32809, 32810,32811, 32812, 32814, 32819, 32822, 32824, 32827, 32829, 32832, 32835 and 32839 – (zip code boundary map) Nicknamed the “The City Beautiful,” Orlando’s symbol is the fountain at Lake Eola, the main feature of the lake Eola park. Also located in the park (on the west side) is the Walt Disney Amphitheater, which hosts many community events and various performances year round.  Orlando is known as “The Theme Park Capital of the World” with tourist attractions drawing more than 51 million tourists a year, including 3.6 million international guests. Orlando is also home to thousands of military veterans and members of the active military returning from deployment overseas.  As the most visited American city in 2009, Orlando’s famous attractions are the cornerstone of its tourism industry and include: Walt Disney World Resort, Universal Orlando Resort, Islands of Adventure, City Walk, SeaWorld, Gatorland and Wet ‘n Wild Water Park.   The historic core of “Old Orlando” is situated in Downtown Orlando. The historic district is primarily associated with the neighborhoods around Lake Eola where century old oaks line brick streets. These neighborhoods, known as “Lake Eola Heights” and “Thornton Park,” contain some of the oldest homes in Orlando.   There are 115 neighborhoods within the city limits of Orlando and many unincorporated communities.

Orlando has a tropical climate with two major seasons each year. One is hot and rainy, lasting from May until late September, and the other is the dry, relatively cool season.  On average,the city gets 51 inches of rain per year and no snow.  The number of days with any measurable precipitation is 113.  July highs are around 92 degrees and January lows are around 50 degrees. Comfort index, which is based on humidity during the hot months, is a 27/100, where higher is more comfortable.

“I Help Back Pain”

A vital part of the Orlando area economy is tourism with numerous them Parks that attract millions of visitors annually.  The convention industry is also important to the region’s economy. The Orange County Convention Center has over two million square feet of exhibition space and is the second-largest convention complex in the United States,. Orlando vies with Chicago and Las Vegas for hosting the most convention attendees in the United States.  The unemployment rate in Orlando is 9.60%, with job growth of -1.22%. Future job growth over the next ten years is predicted to be 27.96%. Orlando sales tax rate is 6.50% and has no income tax. Income per capita is $24,976, which includes all adults and children. The median household income in Orlando is $42,863. Estimated Orlando households by household income:

The City of Orlando is served by the following school districts:

Orlando schools spend $4,321 per student. There are 17 pupils per teacher, 937 students per librarian, and 499 children per counselor in Orlando. Colleges/Universities in Orlando include:

The median home value in Orlando is $93,200. Home appreciation is 0.55% over the last year. The median age of Orlando real estate is 26 years. Renters make up 51.18% of the population and 15.45% of houses and apartments are unoccupied (vacancy rate).

“I Help Back Pain”

The average one-way commute in Orlando takes 28 minutes. 78% of commuters drive their own car alone, 10% carpool with others, 5% take mass transit and 4% work from home. The Orlando International Airport is the thirteenth busiest airport in the United States and the 29th busiest in the world. Orlando regional public transportation system is called LYNX, a public bus system that services all of Central Florida. LYNX bus stops are often marked by a round sign with either a pink paw or pink bus symbol. Standard bus fare is $2 per person one way, with free transfers.  You can get daily passes on the bus ($4.50) and weekly passes for $16 which have to be bought in advance, either on thweb or from certain outlets in the area.  LYNX also offers a free bus system within Downtown Orlando called LYMMO.   The nearest major airport is Orlando International Airport, with international and domestic flights, 13 miles from the center of Orlando. Another major airport is Orlando Sanford International Airport, with international and domestic flights from Sanford, 26 miles from the center of Orlando.

“I help Back Pain”